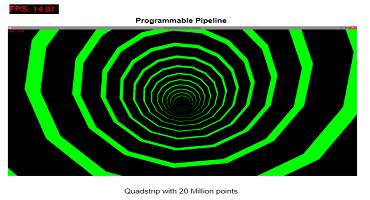 Tips to boost performance of OpenGL based Application

OpenGL is a software interface to graphics hardware used for rendering of 2D and 3D vector graphics. It is just a specification provided to graphics-hardware vendors. This specification tells only about expected output and it is choice of hardware-vendor itself, how they implement it. We the programmers, directly use the software interface (i.e. a set of commands in OpenGL) into our application for the rendering of 2D and 3D graphics.

Only Thing That Is Constant Is Change:
“Graphics hardware vendors” are putting continuous efforts to improve and enhance performance and innovate new features. These graphics vendors approach the “Architecture Review Board” (Now “Khronos Group”) to add any new features they have come up with, to the OpenGL specification. If these new features are specific to one vendor only then it can be added as extensions in OpenGL. However, if multiple vendors agree to provide that feature then it can be added as OpenGL Specification itself in the new version of OpenGL. New versions are decided by collective opinion and agreement between the Group’s members, including graphics vendors, operating system designers etc.

This whole scenario is analogous to say one “tyre manufacturing company” coming up with the new feature of tubeless-tyres and asking the “decision-making authority” to add this feature to “tyre specification”. Now if multiple tyre manufacturing companies agree to provide the feature of tubeless-tyres, then this feature can be added to the new updated version of “tyre specification”.

So with continuously changing the world and increasing competition, to have better performance and speed at par with the latest scenarios, applications should use the latest features provided in latest OpenGL versions.

Experiment:
To test the effect on performance for rendering the same model using old (Fixed function Pipeline) and latest(Programmable Pipeline) OpenGL features, we created a prototype application to demonstrate the same. 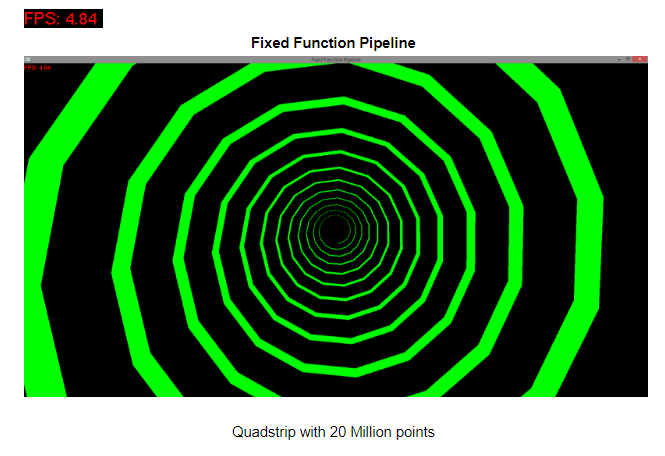 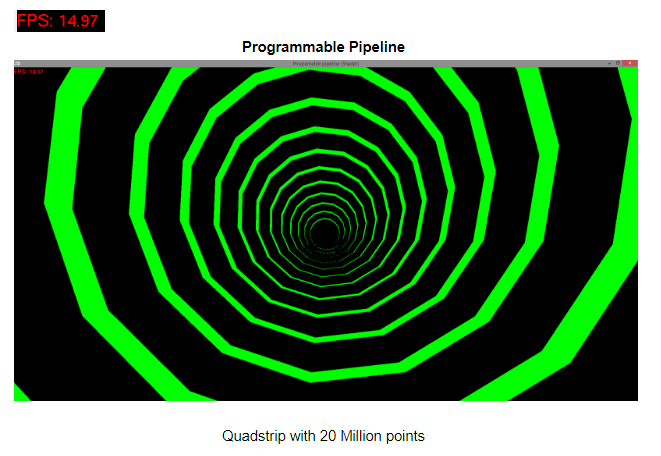 Let’s go through some of these factors and some tips and tricks to improve the performance of the display engine of OpenGL based applications.

Profile your application to know whether performance is affecting due to CPU operations like computations or rendering operations in GPU.

Occlusion Culling: No need to render entities that are not currently seen by the camera.

Use a simpler version of the mesh based on factors like the distance and the number of pixels (the area on the screen) the mesh is occupying.

Avoid unnecessary state changes as it may cause re-computation of internal state and introduce delays.

Conclusion:
To keep the performance of any OpenGL based application up to date / optimized, try to use the latest functionality like shaders, etc provided by the OpenGL/graphics hardware and try to reduce and/or shift some CPU based computations to GPU.