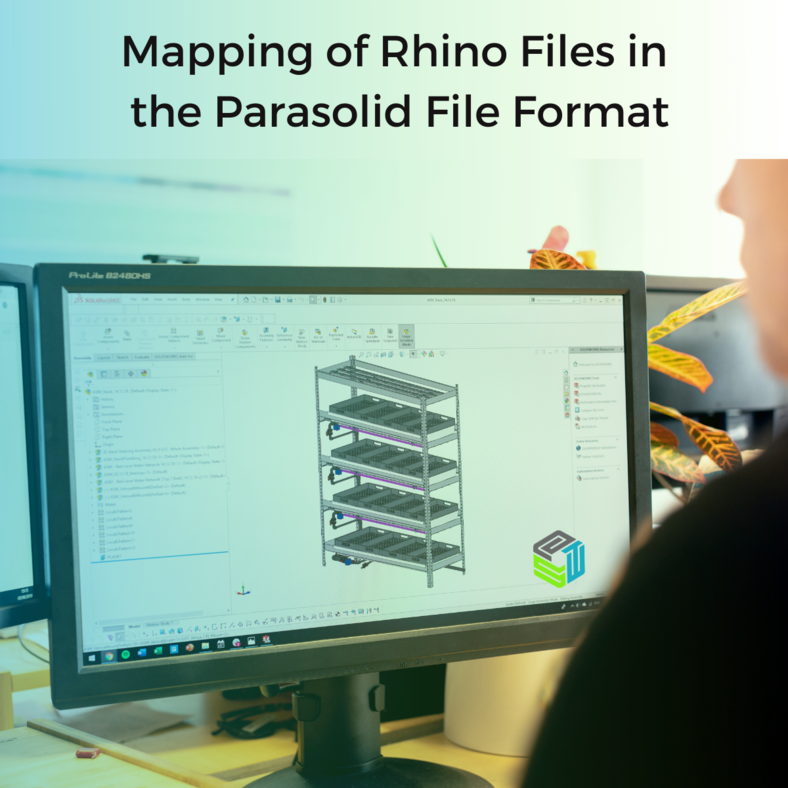 The blog mainly focuses on how we can do the mapping of Rhino (3dm) files in the Parasolid (x_t) file format.

Below are the few Rhino entities and their corresponding  Parasolid entity types:

1. Point geometry: To create point geometry in Parasolid you can take the 3d point (ON_3dPoint) and pass it to the standard form of the ‘PK_POINT_create’ API of Parasolid. After the point creation you need to create a minimum body whose single vertex is located at the given  ‘point’.

3. Line curves: Line curves can be created in Parasolid using an API ‘PK_LINE_create’, you need to provide the location and axis direction to the standard form of the API. OpenNURBS has an ‘ON_LineCurve’ class which has line curves geometry data. You can use the line end point as the location and create a vector using the line direction that you get from the Rhino model geometry.

4. Polyline curve: To create a polyline geometry you can use an API ‘PK_PLINE_create’ in Parasolid. OpenNURBS has an ‘ON_PolylineCurve’ class which has polyline curves geometry data. This API takes a standard form which basically takes the position and the base parameter. While reading the Rhino model polyline data you need to check if the polyline is closed or open (OpenNURBS  provides an API ‘IsClosed()’ for deciding this). If the polyline is closed then the start and end points will be the same so you need to pass the number of positions one less than the total. While creating a polyline curve you need to keep the facet geometry enabled in the session.

8. NURBS surface: To create NURBS surfaces in Parasolid you can use the ‘PK_BSURF_create’ API in Parasolid. The corresponding class provided in openNURBS for NURBS surface is ‘ON_NurbsSurface’. The Parasolid API takes standard form which basically needs the data for the knots and ‘u’ and ‘v’ parametric directions. The standard form also checks whether the surface is self intersecting and convexity of surface. You can take all this required data from the object of class ‘ON_NurbsSurface’ and pass it to Parasolid API.