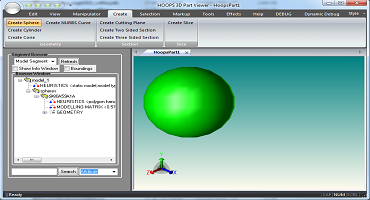 A Great GUI Facelift for your Application

Many engineering applications have been around for years and often been developed from using either MFC Appwizard or some sample MFC application. They are still very useful, but what holds them down is there antiquated look and feel. Further, many times the GUI code isn’t very abstracted and the whole idea of re-doing the GUI is not feasible. There is a way out though. You can quickly give your application a slick look and feel by using MFC Feature Pack – no re-architectural work required.

MFC Feature Pack was first launched in April 2008 as ‘Visual C++ 2008 with Feature Pack’. MFC version shipped was 9.0.30411 (mfc90.dll). Since then, feature pack is inbuilt in all future releases till date. The MFC Feature Pack is a set of GUI classes that enables you to build applications that have the look & feel of MS Office, Visual Studio or Internet Explorer applications. It provides MS Office Ribbon style interface, customizable toolbars and menu, MDI tabbed windows, advanced GUI controls, docking toolbars and panes.

Refer to the following images. The first image is of MFC application based on pre-feature pack MFC classes.

There are many sample applications in the Visual Studio distribution that can help you in guiding on the usage of the GUI classes. I am pasting below few screenshots from some of the sample applications to give you a feel for the UI capabilities and look.

Of course, there are some other more advanced and complex toolkits available viz. Codejock, BCGSoft Controls etc. for GUI upgradation of old MFC application. These are all commercial toolkits and you will need a license. If you are using common windows widgets and are looking for simple upgradation, it is best to just use MFC Feature Pack. It’s free with recent versions of Visual Studio.